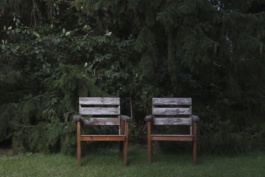 Roland and his mother Julia are two Australians who have lived in exile in Sweden since the late 60s. Julia, a former showgirl with shattered dreams of glamour, and Roland, often in his own fantasy world up in space, live in strong symbiosis. More often than not, they have very different views of the world and their own lives. When Julia’s cancer becomes critical and her imminent death is a reality, they both search for peace through elusive memories and their spectacular life story unfolds.

A dying showgirl and her son in space tells the story of Roland and his mother, during Julia’s last year. Expected premiere in 2022.